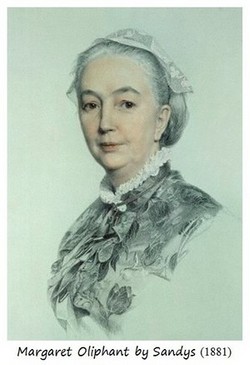 Link to story    or second source: in the New Amphion

Mrs Drummond's daughters are away, and the only people at home here in Edinburgh are her husband, her son Edward, and herself.

When a woman of a humbler class and her daughter ask for Edward, and won't explain what their errand is, Mrs Drummond is concerned - even more so after Edward speaks to them, and rushes upstairs telling his mother he must have money that instant.

Since Edward will not tell Mrs Drummond what is wrong, the anxious mother decides to do a little detective work.


Biographical and other notes

The New Amphion is a one-volume collection of short stories and poems donated by well-known authors to the students of Edinburgh University, who were raising funds to found the Student Union. The book was reviewed in the January 1887 issue of Blackwood's Magazine. With tongue in cheek, the reviewer criticizes the quality of the unpaid offerings, including those from Robert Browning, Andrew Lang, and Robert Louis Stevenson. Regarding Margaret Oliphant:

And Mrs Oliphant, with grandmotherly sentiment, essays, so far as we can make out, to awaken the interest of the young men in the perfectly unnecessary tremors of two mothers, who had no occasion to disturb themselves at all - a thing which no doubt sometimes happens among careful women, but calls for little sympathy.

What makes these comments even more amusing is that the anonymous reviewer was Margaret Oliphant herself!